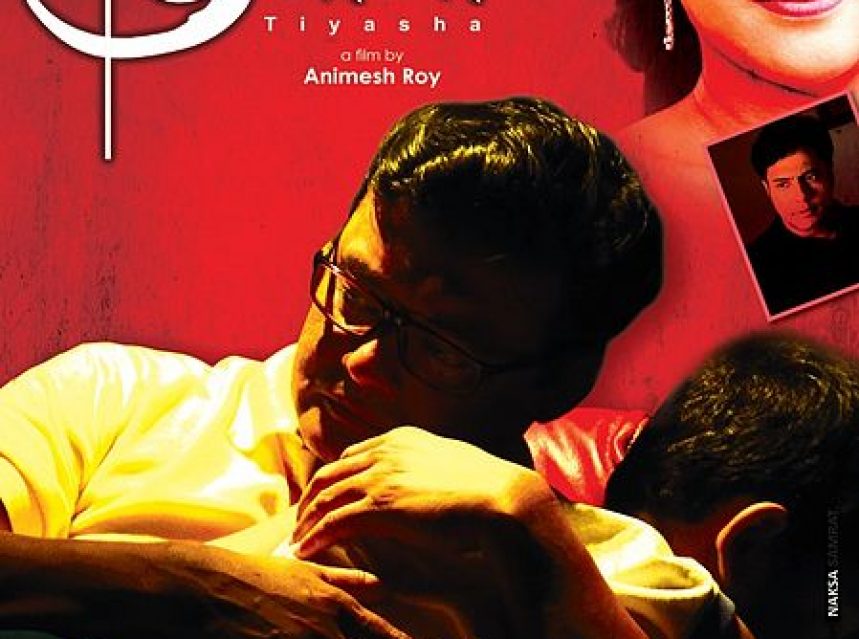 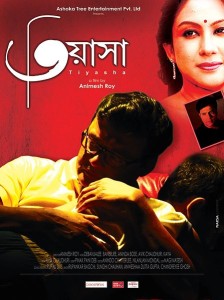 Tiyasha is an upcoming Bengali film directed by Animesh Roy starring Saswata Chatterjee and Chandrayee Ghosh. The story of the film is based on around modern day relationships i.e a story of romance and love. This shows the journey of a man Sudipto (Saswata Chatterjee) defying the odds in maintaining a healthy and a happy family.The story revolves around Sudipto and Riya (Chandrayee Ghosh) and Tojo (Soham BasuRoychowdhury), their son.The film is expected to release on 20th Sep 2013.