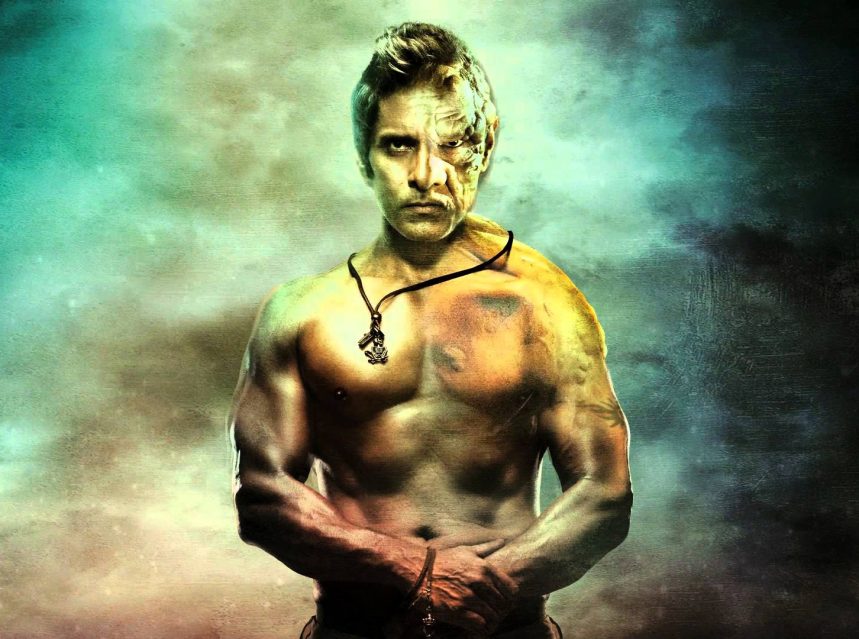 “I” is director Shankar’s much awaited film and the film I is finally here…Shankar’s I is a perfectly made magnum opus tale of love, jealousy, revenge and passionThe film released last friday i.e 16th Jan 2015 allover the world. The film Starrs tamil superstar Vikram, Amy Jackson and Upen Patel in the lead.The film is a action thriller & is produced by Aascar Films . The music is composed by AR Rahman and cinematography is by PC Sreeram.The movie opens to a wedding hall where a hideous looking hunchback guy stealthily comes and abducts the bride – Diya (Amy Jackson).He takes Diya to an old house and keeps her prisoner there.The film travels between flashback and the present day. The lead actor of the film Lingesan(Vickram) is a body builder with a dream of becoming Mr. India and begins his journey by becoming Mr. Tamil Nadu. He is a die-hard fan of leading model Diya. Her fellow model John played by (Upen Patel) desires her and misbehaves with her and Diya is left distraught after losing many modelling opportunities because of antagonizing John. The story flows like this.At the same time the hunchback is going about ruining the lives of a few people. Why is he doing it? Who is the hunchback? Why does he abduct Diya? What happens to Lingesan turned Lee? Rush to your nearest cinema & watch I on the big screens to know.Director Shankar has choosed a very interesting storyline and made a movie the way only he can – bigger than life. Right from the opening scene to the climax, each frame exudes grandeur and finesse.Vikram has just exceeded himself. As the naive bodybuilder Lingesan, as the stylish and suave Lee and better yet as the hunchback, Vikram just steals the show. This is by far the biggest project of Amy Jackson’s career and she has given her best. Upen Patel is convincing as the baddie. A slim and trim Suresh Gopi is the surprise package. Santhanam’s one-liners are rib tickling and keep us in splits. AR Rahman’s music like always has already been topping the charts and as expected.