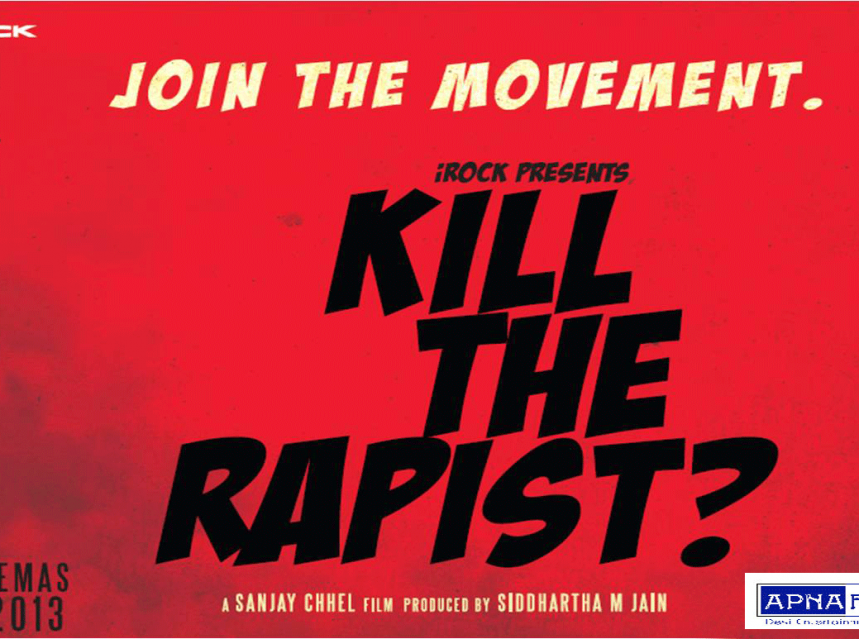 The producer of the film Siddhartha M Jain took the charge and teamed up with writer-director Sanjay Chhel to make ‘Kill The Rapist?’ .It is a film that deals with the most sensitive issue of our country. According to the producer, “With great power, comes greater responsibility. The film is a very powerful tool. While we celebrate 100 years of Indian cinema, I thought nothing better than using cinema as a tool to not only bring awareness but put pressure on law enforcers and the public to take strong steps.” Jain who owns iRock, the leader in edgy, youth content, had created and produced RAGINI MMS and recently finished shooting DISCO VALLEY. According to him “Kill The Rapist is a very sensitive, inspiring and motivating film for women.

Kill The Rapist?  is a film where the victim female takes on her contagion rapist and questions the world if killing him would be the right solution. The films have an impressive casting Anjali Patil of Chakravyuh fame, is the chosen one for the all-important part. She was chosen amongst all of the actresses, new as well as experienced, who were auditioned for the part before bagging it. The actress last played a  hot-headed, intelligent yet sympathetic Naxalite in Chakravyuh.