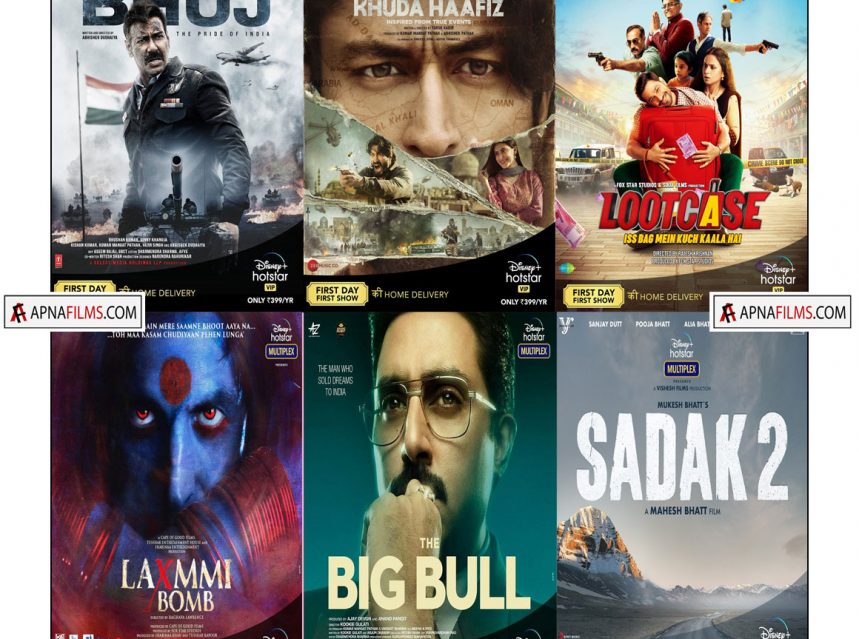 Bollywood Ki Home Delivery by Disney plus Hotstar: In this present situation of the Corona Virus pandemic which has bought most of the countries of the world to a standstill position and public places including theatres and cinema halls have been shut down till when no one would figure out. People have been forced to stay at home during these bleak times.

OTT platforms and digital streaming services have evolved as one of the most prominent sources of entertainment. In the fast few weeks, we have seen director, the producer released his film on his own streaming platforms where the audience can buy a ticket for the film, login, and watch. The first film released on the website was Climax.

Following the deadly crisis, all the regional film industries coming up with various unique ideas to start the shoot of the film, as well as release. Many movies have already been released digitally and there are many others on the list during this COVID-19 pandemic. Today, 7 new movies poster were unveiled by Disney + Hotstar informing people about the first-ever ‘big announcement’ of a list of films releasing directly on the OTT platform of Disney + Hotstar. The new set of posters includes pictures of the below-listed films.

Bhuj: The Pride of India

The introduction poster that includes the tagline ‘Catch Your Favourite Stars’ featured actors Ajay Devgn, Varun Dhawan, Akshay Kumar, Abhishek Bachchan, and Alia Bhatt who later came live together on the virtual event. But actors from the film Khuda Hafiz, Lootcase were not invited or didn’t attend the virtual event today. Uday Shankar, the President of Walt Disney Co and Chairman of Star & Disney India also joined the celebrities in the live session.

The first film to have a premiere on Disney + Hotstar from now will be Sushant Singh Rajput’s last movie “Dil Bechara”. 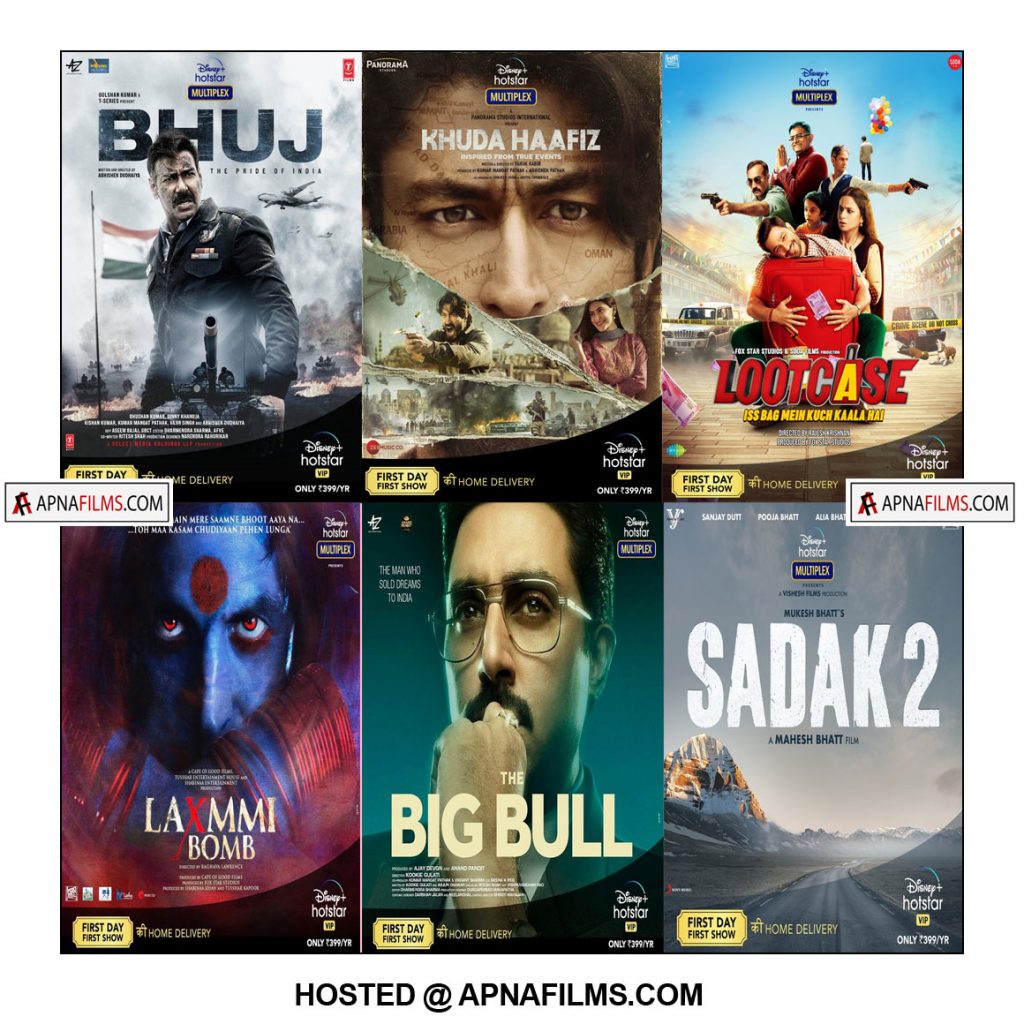