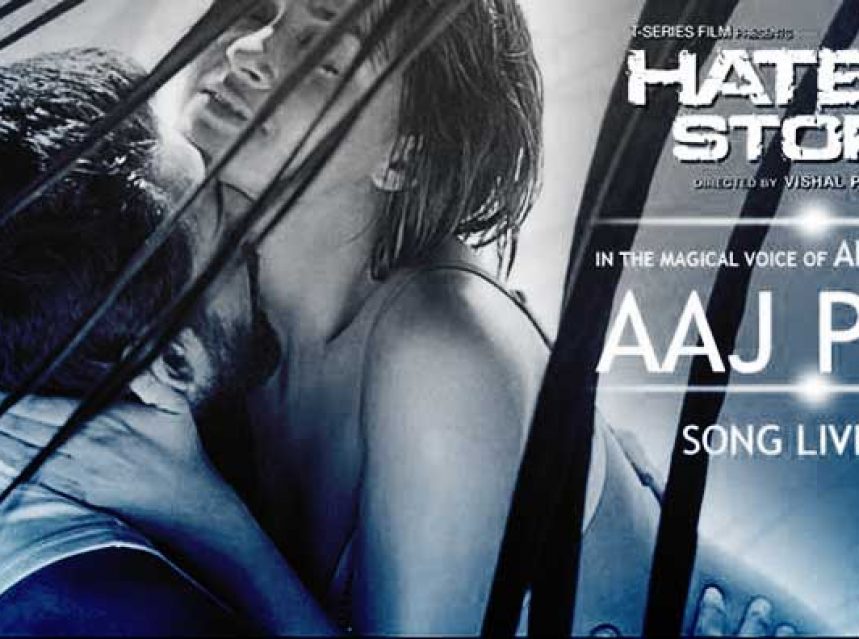 Jay Bhanushali and Surveen Chawla get steamy in the remake of Dayavan number.Back in 90’s , its the year 1988 everybody got talking when Madhuri Dixit romanced Vinod Khanna and the song became a huge hit. The song was sung by  Pankaj Udhas and Anuradha Paudwal. And after almost 26 years the song “Aaj phir ….” have a new version in the upcoming film Hate Story 2.The film is in limelight since the promos of erotic revenge saga released on youtube.The film is the debut film of Jay Bhanushali.Hate Story  is grabbing a lot of eyeballs, be it its love-making scenes or then the promos. The latest song Aaj phir out , with Arijit Singh’s voice , the hit number of 90’s  is bound to become the latest sensation in Bollywood music. The chemistry is crackling between Surveen and Jay . The duo look comfortable in their skin and the lovemaking scenes. Watch out !