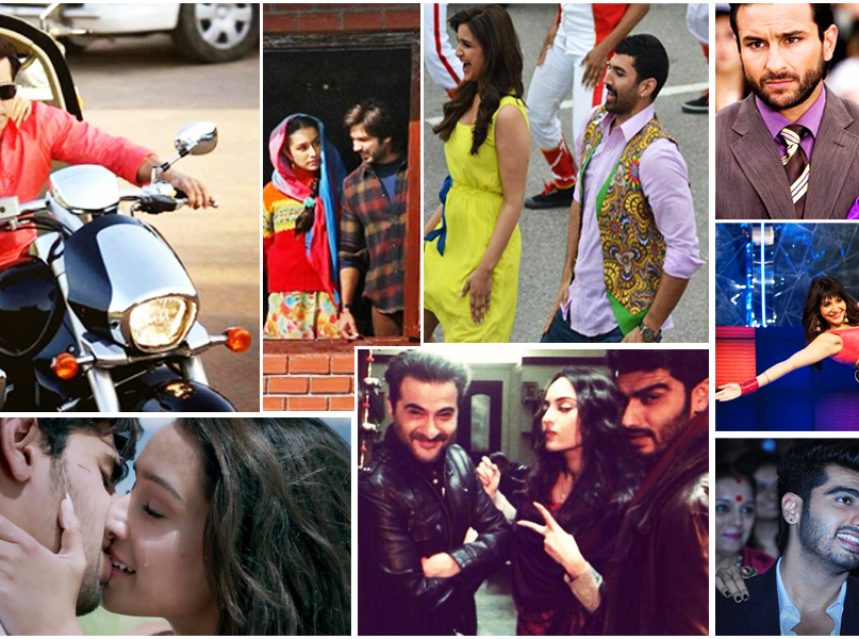 This year Bollywood has seen some really fresh jodis and here we bring you some new jodis who will hit the silver screen in near future. Join us to have a look on these some of the most awaited onscreen couples that will be seen in upcoming films this year.

1 – Salman Khan & Jacqueline Fernandez : The most awaited Salman Khan’s pairing with Jacqueline Fernandez in Kick . The pairing is one of the biggest reason why audience are eagerly waiting for Kick. While the trailer of the film will release in few days. The high expectations of fans can be clearly noticed in different social medias.

3 – Sidharth Malhotra & Shraddha Kapoor: The Trailers & Music Videos of ‘Ek Villain’ are already a hit in social media and this is the proof about how good both of them look together.

7 – Aditya Roy Kapoor & Parineeti Chopra:  The die hard lover of Aashiqui 2  & the rough and sweet Ishaqzaadi girl carry lot of expectations as both will be seen in YRF’s upcoming romantic extravaganza ‘Daawat-E-Ishq’. Aditya doesn’t carries his chocolaty boy look in film but his jodi with Parineeti is expected to be nothing less than great.