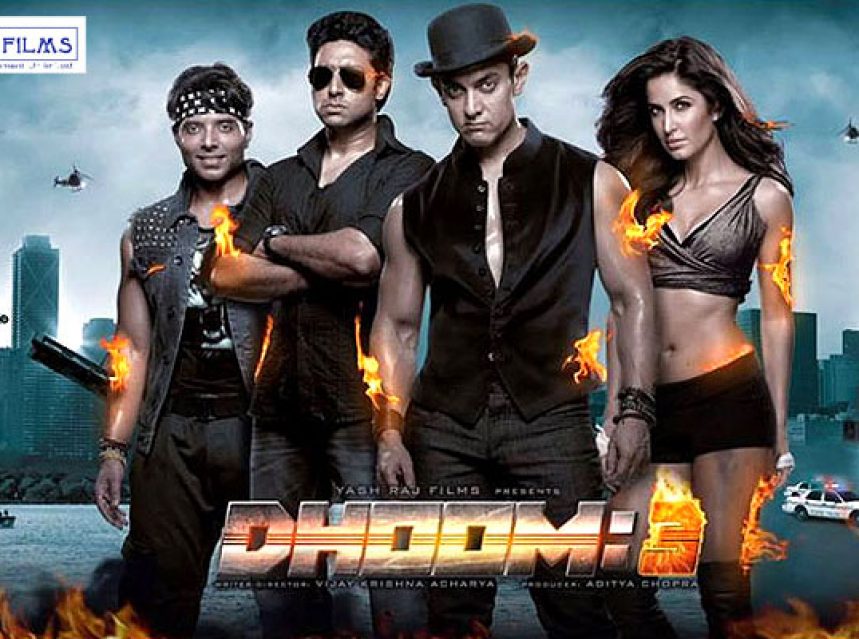 Here we comes up with the latest trailer of Dhoom 3 .Aamir plays a circus gymnast in ‘Dhoom 3’. He will be seen doing a trademark movement in various songs and action scenes.While earlier series of Dhoom  i.e  Dhoom and Dhoom 2 had John Abraham and Esha Deol, ‘Dhoom 2′ had Hrithik Roshan and Aishwarya Rai respectively , this time  in ‘Dhoom 3′ are Aamir Khan and Katrina Kaif will be playing the leading role . Abhishek Bachchan as ACP Jay Dixit and Uday Chopra as Ali Khan have been the only common factor in the film .For the 1st time in Dhoom3 , Aamir Khan is playing a full-fledged negative role. Aamir has really worked hard to get into the character of Sahir the ‘Clown Thief’. He even went to Australia for a hush-hush trip to train in tap dancing and ballet.Katrina Kaif also took professional paragliding lessons to prepare for her role as ‘Aaliya’.Written and directed by Vijay Krishna Acharya; the action-thriller film is set to release on December 20, 2013.