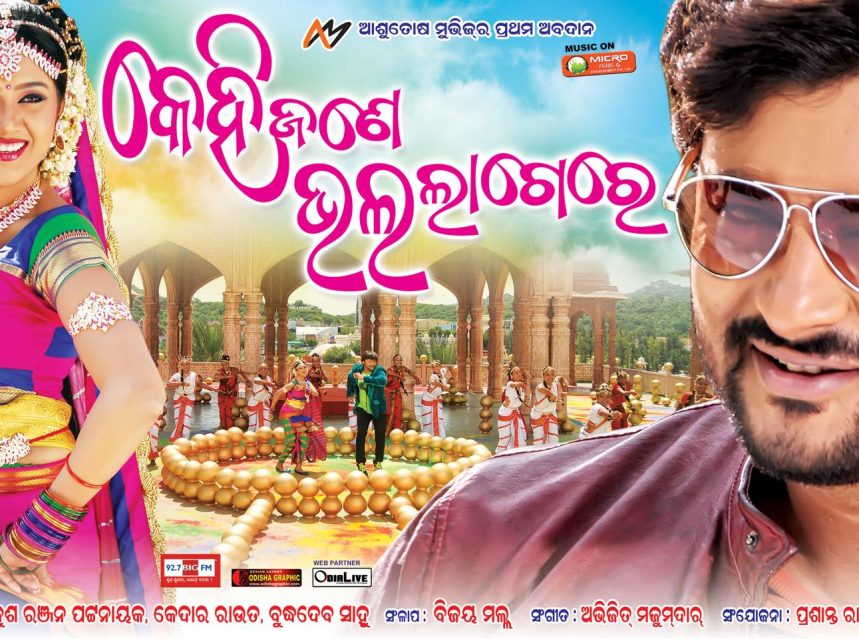 Kehi Jane Bhala Lage Re is a a love story that has everything you want!!! Deliciously executed …A sure shot entertainer… It will take Anubhav’s stardom two steps ahead.


In Short :    Kehi Jane Bhala Lage Re is a nice looking delicious love story
that has emotions,heart breaks,family values and most importantly best Jodi of our time , Anubhav-Barsha in it !!! Its a movie that Anubhav fans should never miss. 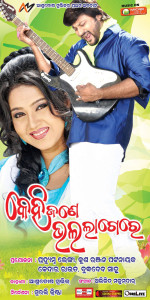 Prince(Anubhav) is a way-ward son of Choudhury family who lives
in London. He is in Odisha to be with his family. His
grandfather(Pradyumna Lenka) and father(Kuna Tripathy) are
billionaire. He also has an elder brother Pritam(Sukant) who
loves Prince like everything. Pritam on the contrary is ready
to do everything for his caring brother. Pritam is all set to
marry Priti. In the mean while Play-boy Prince meets Pihu
(Barsha) in Ooty. Prince’s friends say that Pihu is not an
ordinary girl to get.Prince accepts this challange and wins
Pihu’s heart in just 10days by applying some of his antique tricks.Prince completes his work in Ooty and returns to Odisha by dumping Pihu. Prince joins his family for his brother Pritam’s marriage.He then feels that he also loves Pihu , but here comes a big twist in the story….Priti denies to marry
Pritam because Pihu, dumped by Prince is none other than Priti’s younger sister. Prince is ready to do everything for Pritam , so he promises everyone to change himself and his behaviours to win Pihu’s heart again in 6months… Only after that Pritam can marry Priti. So what happens in the next 6 months ,that is the second part of the movie all about … Will Prince be able to change himself? Will Pritam get to marry Priti ? Will Prince again rule over Pihu’s heart ? Watch out the movie for more !!!!

Movie has a basic story but it takes many twists and turns, that makes it a more enjoyable experience. As movie is about 3hrs long, so some parts of the movie, specially the comedy parts in the first half are being dragged a bit. Second half is a fast paced one and viewers will be glued to their seat during it. Director K.M.Krishna showed a complete different movie, rich and elegant in all forms to Odia audience. Anubhav, The Megastar is again showing his class and proved that why he is being called as the Baadsaah of Ollywood. He is brilliant in
the emotional sequences so as in romantic numbers. Now he is looking more accomplished with his characters. People are mad for the way he looks in his movies and he is not hesitating to experiment on it. Even though its a romantic love story still 3 fight sequences add some masala for action lovers. Barsha is at
her charming best. It is completely needless to say that she has been the top actress of Odia Movies over the past years. She had shed some kilos for this movie, so she is looking fabulous with her costumes.Very loud Salil Mitra’s role would have been best suited to Papu! Most of the scenes of the movie
were being shot in Ooty and Hyderabad. So it looks fresh to watch. Most of the in-door shoots were being shot at Anubhav’s own house. Being a hi-fi story viewers will get to see BMWs, Mercedes, Aston Martin and Bentleys all over. Camera work has been beyond expectations, specially the title song being shot
at Golconda Fort, Hyderabad. Music has been the biggest forte in all the past Anubhav movies. Abhijeet Majumdar has composed awesomely brilliant Music for this movie. Songs having the voice of Sonu Nigam,Baba Sehgal,Amit Kumar,Kunal Ganjawal, Krishna, Pamela and Ira Mohanty sound completely fresh. Rap by Baba Sehgal and the title song by Sonu Nigam have bollywood-
touch in it. Especially the climax where Anubhav has done a SRK’s Kal Ho Naa Ho’s “Naina” dialogue looks beautiful and classy. Editing is sleek, but could have been better. Length of the movie could be 20minutes short. Screenplay is average but who cares ; its an Anubhav movie !!!

Kehi Jane Bhala Lage Re was scheduled to come on 11th of this month but it couldn’t because of the reason we all know.But it can be said for Anubhav that “Der Aaye Magar Durust Aaye”… People are going crazy to watch him…So don’t wait… Movie has released all over…Rush in to your nearest theatre…