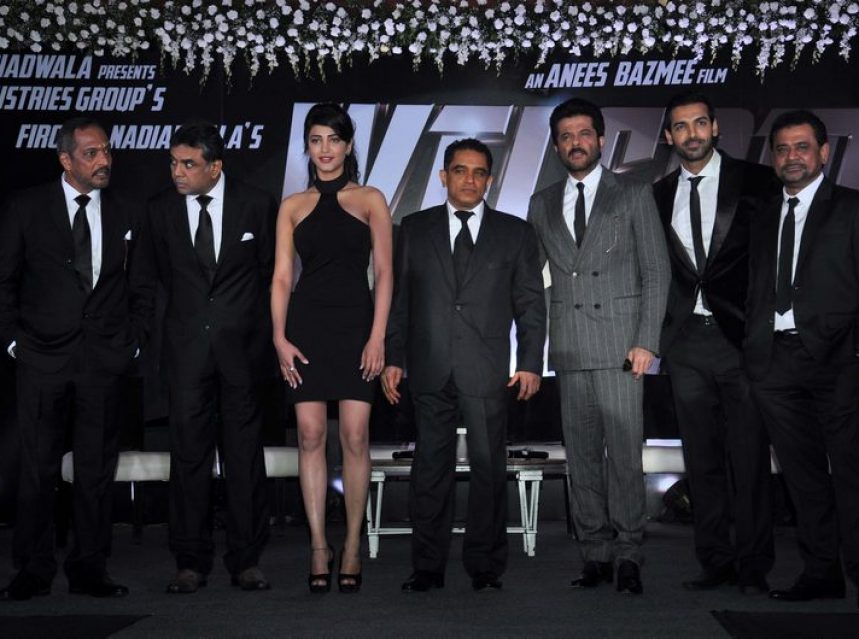 Anees Bazmee the celebrated film maker has come up with the sequel of his 2007 hit film Welcome , Welcome Back.The 2007 film welcome stars Akshay Kumar & katrina kaif in lead . The trailer of the film Welcome Back is finally out! Its been long watching Anil Kapoor and Nana Patekar’s bromance in Welcome and now the Bhais are back yet again to entertain us with their classic comic timing. Its for sure , the fans of Akshay Kumar and Katrina KAif to miss them in the film .But this time John Abraham & Shruti Haasan are all set to play the lead characters in Welcome Back.The film makers claim it to be the funniest mob wedding of the year. The trailer looks promising and just wait for the september release of the film .Welcome Back also features Dimple Kapadia and Nazeeruddin Shah who has replaced Feroz Khan .

Cast & Crew of Welcome Back