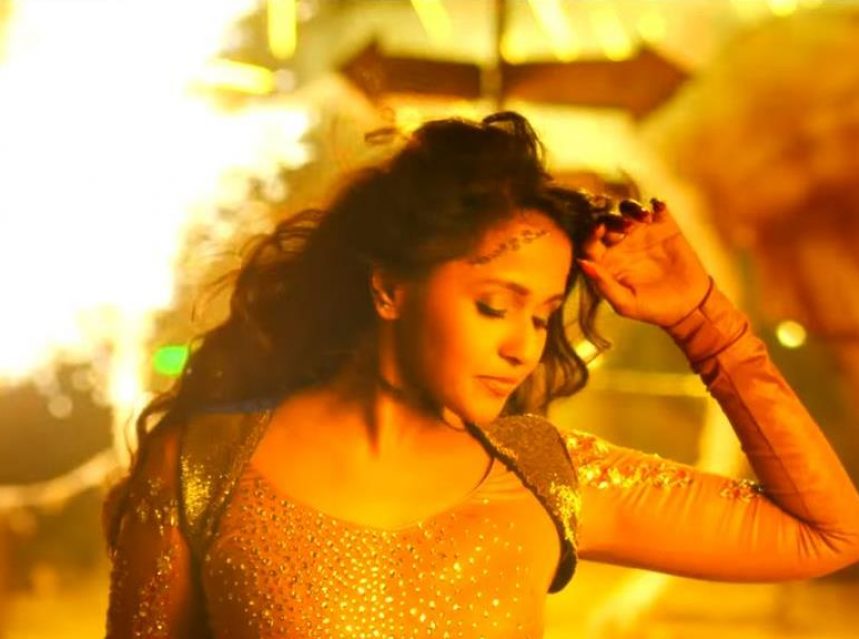 While the much awaited film Bahubali – The Conclusion, pop singer Smita pays tribute to Bahubali Team,croons a song in Killiki language.

In Babubali-The Beginning , a new fictional language named Kiliki The language is spoken by Kalkeya tribe in the film. Lyricist Madhan Karky has invented grammar and whole set of alphabets for the language.

Telugu pop singer Smita Vallurupalli has come up with a song in Madhan Karky-invented Kiliki language as a tribute to the cast and crew of SS Rajamouli’s Baahubali.

The lyrics for the song Baha Kilikki were penned by the father of the language Madhan Karky.Kalakeya Prabhakar himself has featured in the song along with Smita.The music for the song is composed by Achu, while rapper Noel Sean has pepped up the song.

Smita, who has sung in many Tamil, Telugu and Hindi films, has made a comeback after fifteen years with this song. She has also made many devotional albums like Ishana.