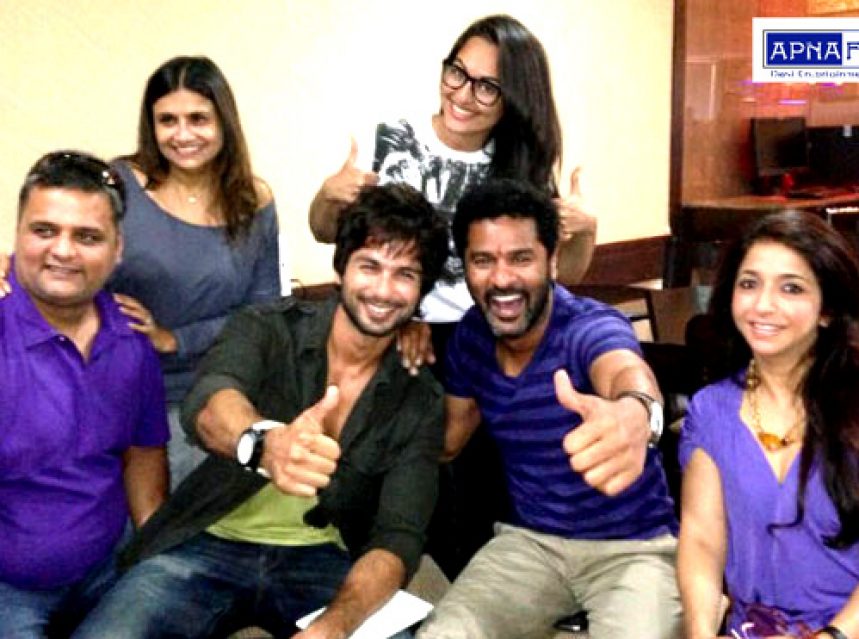 R… Rajkumar, ealier known as Rambo Rajkumar is an upcoming Hindi action film directed by Prabhu Deva and written by Shiraz Ahmed.Film’s producer is Viki Rajani and by Eros International.Shahid and Sonakshi starrer R…Rajkumar’s first look shows Shahid in a fight sequence. There are many action packed scenes in the film. The film also offers a visual treat for the audience and that is a dance sequence featuring dancing icon Prabhudheva and Shahid in a song called “Gandi baat”. While the song, composed by Pritam,the song will be shot in a bar setting.
Producer Viki Rajani says, “‘Gandi baat’ will be well remembered as we have two of the biggest and best dancers matching steps to a peppy track for the very first time.”