After long wait ,here is a good news for Salman Khan fans.Salman Khan’s stardom is probably unparalleled.The 1st look or the 1st poster of the film Jai Ho is released on twitter.The poster says “People’s Man”, and the way it has been released it seems that Salman is truly a people’s man.The film is directed by Sohail Khan and produced by Sohail Khan and Sunil Lulla.The film is based on telugu film Stalin by  A. R. Murugadoss.

Trailers , Wallpapers and other updates of Jai Ho will be updated soon . 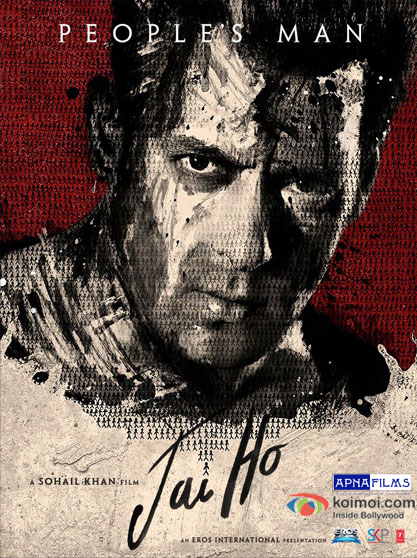