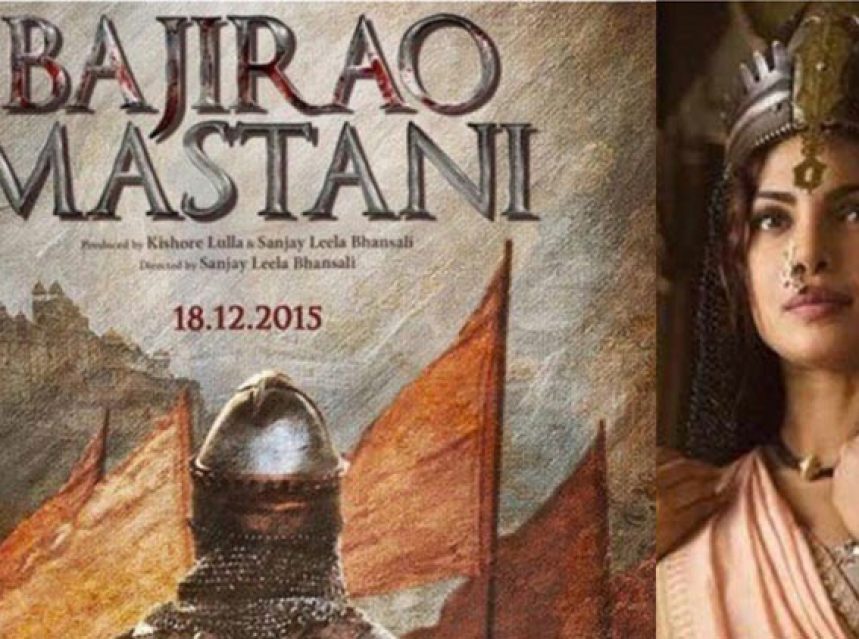 Ranveer Singh , Deepika Padukone & Priyanka Chopra starrer movie had the potential to be a terrific historical.From the beginning itself you know you are in a Sanjay Leela Bhansali film . Everything is scaled up, grander than grand, a-glitter. Here we share you the top 5 reasons why Bajirao Mastani is a must watch film : –

1.Sanjay Leela Bansali , the most talented filmmaker has always delivered a master piece on-screen be it Hum Dil de Chuke Sanam or Ram Leela. ‘Bajirao Mastani’ had always been in news and is one of the most awaited film of the year.The director originally wanted Salman Khan and Aishwarya Rai Bachchan in the lead roles, which however didn’t happen. Now, with Ranveer, Deepika and Priyanka the audience can witness how grand and beautifully the story has been presented.

2. The last time the audience saw Ranveer in Sanjay Leela Bhansali’s film ‘Ram-Leela’ where he proved how well he can enact a tough character.Ranveer is seen in a bald avatar in ‘Bajirao…’, a difficult call for any actor to part with his beautiful mane. But, the talented star has yet again shown that he can go to any extent to make his on-screen character look as real as possible.Have you watched Ranveer in the role of a Maratha Peshwa warrior or not ?

3. The next bigthing about the film is Deepika Padukone.Deepika Padukone as Mastani slayed us with the first fiery shot in the trailer, where she takes the battlefield.

4.The only questions that comes to most of the minds before watching the film is about Priyanka Chopra’s role in the film. The great enthusiasm and energy we see in Priyanka Chopra’s each expression and every dance move is the stuff of legends and her strong screen presence ensures she won’t be playing second fiddle to nobody.From getting intimate with Bajirao to her rhythmic dance off with Mastani, Priyanka’s grace and energy draws us to her, making us eager to see the role she plays.

5.There had been lots of discussions about whether the use of relatively mainstream music is inappropriate with the Peshwa lifestyle notwithstanding, the music has us in grips already.From the thump-thumping victory beats in Malhari to the fun-filled air of Pinga and even the soulful seduction that is Deewani Mastani are interesting to see how Sanjay Leela Bhansali tied the melodies to the story.