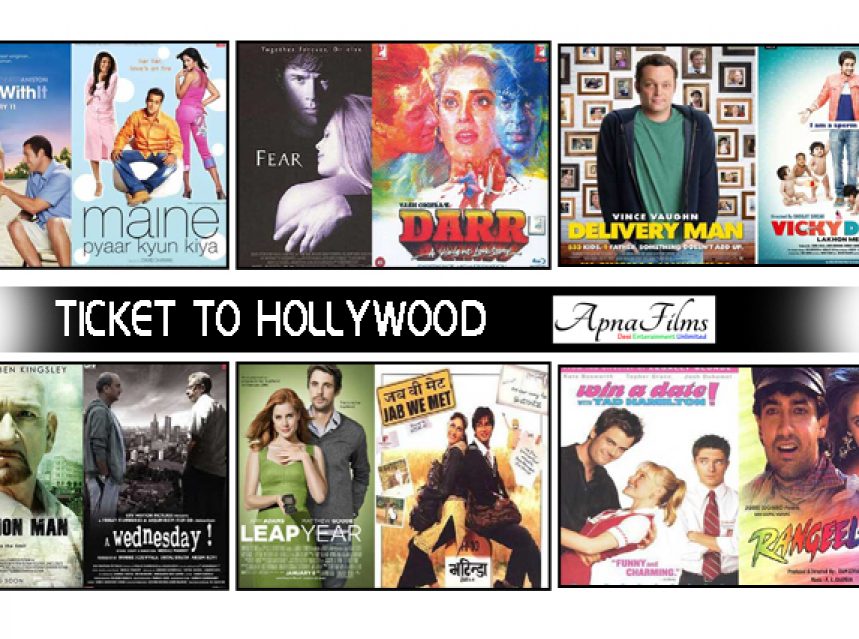 in the age of inspired movies , you must have witnessed some Bollywood films , lifting plots from Hollywood films.Be it ‘Satte Pe Satta’ which was heavily inspired by ‘Seven Brides for Seven Brothers’ or ‘God Tussi Great Ho’ that was a complete rip-off of ‘Bruce Almighty’, every generation has seen Bollywood films that have been ‘inspired’ by Hollywood.But are you also aware that Hollywood has also copied Bollywood on more than once occasions?It might suprise you to know that there are Hollywood movies that are direct copies of Indian movies . We can take the example of Hollywood movie ‘Leap Year’ that instantly reminds you of the superhit Bollywood movie ‘Jab We Met’ starring Shahid Kapoor and Kareena kapoor.There are few more examples of same kind.