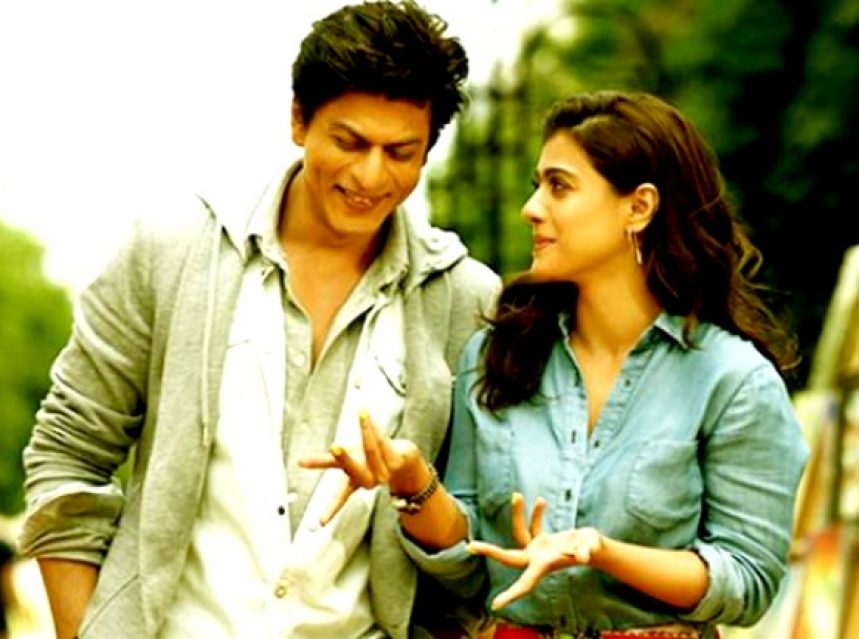 The trailer of Shahrukh & Kajol starrer “Dilwale” is released on the eve of Diwali.A fantastic movie that keeps you entertained throughout is what we expect when Shahrukh Khan and Kajol romance eachother and you can expect the same with ‘Dilwale’. At least this is what the trailer promises.As per the trailer ,the film is all about the life of a gangster played by Shah Rukh who left his dark world aside and is trying to build a new one with his younger brother played by Varun Dhawan. As destiny would have it Shah Rukh reaches a point in time when he comes face to face with his past and his lady love Kajol. ‘Dilwale’ is a story of creating a future while accepting the dark past.One of the biggest USP of the film which will bound to stand out in the film is the chemistry between good friends SRK and Kajol.It will also be interesting to see Varun Dhawan romance Kirti Sanon for the first time on screen.Apart from that the film will have an emotional package which can be clearly felt from the dialogues in the film .

As the movie awaits release on 18th December, here is the official trailer for you to keep you entertained till then.