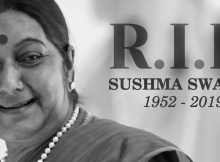 Uncategorized
Actor Riteish Deshmukh is surely climbing the ladder of success. Ritesish acting in Ek Villain was appreciated by the cream of Bollywood.Recently he has been announced as the
Read More

FIRST LOOK MOVIES
It is a great news for Sidharth Malhotra and Shraddha Kapoor fans . The both will be seen in Mohit Suri’s next . The director who has already directed Shraddha
Read More